Green Book follows the story of African-American jazz pianist Don Shirley (played by Ali) and his driver-come-bodyguard Tony Vallelonga (Mortensen), set in the early 1960s. Tony is a classic mobster who works numerous ‘all-rounder” bar jobs for the Italian mafia in New York. He loses his job as a bouncer at a nightclub and is invited to an interview with Don by one of his Italian connections. Not knowing what to expect, Tony is shocked when he meets Don: a well-off African-American musician. Tony is reluctant to take the job but he needs the money so he agrees to take it. However, he is clear from the beginning what his conditions will be and he refuses to be a ‘butler’ to Don.

Green Book paints a picture of the racial and class tensions not only of the time but those that continue to this day in the US. From the very beginning, the undercurrent of inherent racism to African-Americans is obvious – Tony throws away glasses that some African-American tradesman used when fixing something at his house. Tony’s family encourage this racism and make several racist remarks about the ‘black’ tradespeople. This theme continues throughout the movie as the pair travel through the deep south  encountering all manners of both racism and class-ism. You do wonder why Don chooses to travel through the redneck deep south at all. It would appear that he does it purely for the education and to see “how the other half live”. Managed more subtly by Farrelly, the film also explores the inherent prejudices against homosexuality – Don tries to pick up one night at a bar and is subsequently beaten up. 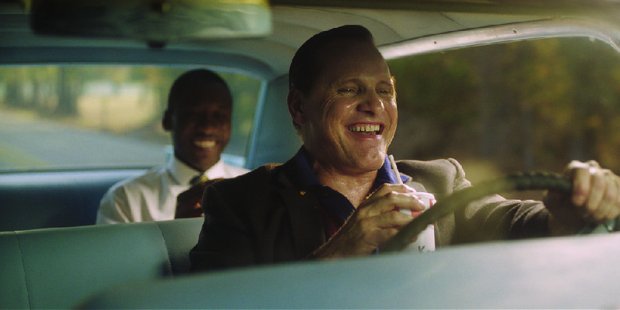 Tony and Don start their relationship off at a distance but as they continue their journey the pair warm to each other and open up about their personal lives. Don even helps Tony write letters to his wife while they are on the road. The film was advertised as a comedy drama but I did not find the movie all that funny. If you don’t take the film too seriously there were certainly some light-hearted moments between the pair. But there are also several scenes where you wonder whether they are trying to be funny or ironic but it was so subtle that it just wasn’t so obvious. One example of this was when the freshly popular Aretha Franklin (and other ‘black’ musicians come on the radio) prompting Don to ask who they are. Tony responds by saying “but they are your people”.

The drama could have been more intense given the racially divided places they are travelling through and during a time when these divisions were very, very raw and propelled by violence. I also found the pacing a bit slow in some parts and this could have been easily fixed by having slightly more action. Overall though, Green Book is definitely worth a watch and Mortensen and Ali are both brilliant actors,. The film also brings many critical issues of current  importance to the fore but in a subtle way.

Green Book is a ‘comedy-drama’ that follows a musical trio touring the south-eastern states of the US (the ‘Deep South’) in 1962, and centres on an accomplished African-American pianist ,Don Shirley (Ali), and his driver-bodyguard, Italian-American New York bouncer Tony Vallelonga (Mortensen). The film is based on (or rather ‘inspired by’) interviews and letters given or written by the two men. The film takes its title from a guide book of the 1950s and 60s, The Negro Motorists Green Book, which provided a list of motels and various establishments that would welcome or permit Black Americans to stay in the southern states. It’s a kind of feel-good movie with some commentary on race relations in 1960s America. 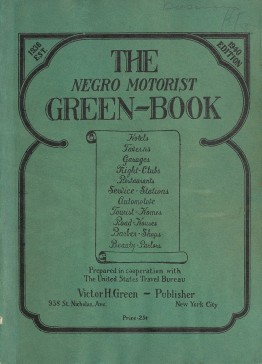 Although it is loosely based on a true story, it does conform to the stock, and weary, narrative (so popular in Hollywood) of an uncouth and uneducated chauffer who drives around a refined, eloquent, educated and precise-talking snob so that they can have a series of lame discussions in which they both discover the other is actually human. Kind of droll! And although the title is ‘Green Book’, almost nowhere in the film is the significance of this guide book made clear. One has to learn this by reading material outside of watching the film. They might just as well have called it ‘Rubber Tyres’ or ‘Junk Food Versus Fine Food’. It’s also said to be a ‘comedy’, but I was scratching around to find a single line that might be interpreted as humorous. And I’m not being harsh here. There is no attempt at all to achieve a funny moment in this film. It is rather a light drama with some minor serious bits and some minor smile bits. And I think the mild smile bits are the comedy perhaps. You know, where we all feel good because uncouth working class man is actually really nice in a vulgar kinda way, and refined snob is also kinda nice when you really get to know him – and isn’t that just dandy! Ha ha, who would have thought? Vomit! That may be too harsh, but it is so tiresome to go through yet another film aiming to address prejudice, only to reinforce them with a standard stereotype: the streetwise-mouth-fulla-food guy from da Bronx saying “eh, wots up?!” Okay, I don’t think much of the film. I think it’s patronising. But let’s be fair and get to what are the better parts of this…‘comedy’.

It is a film that is trying to redress some social issues that reside in American society right now. It attempts an almost parallel history to 1960s America. Okay, that’s good. The music is good; and the most (maybe, only) impressive feature of the film are the few (too few) scenes in which we can see the actor Mahershala Ali (Don) actually play the piano. It looks and sounds impressive. The actual musician is Kim Bowers, who wrote the music also. But the actor does a great job mimicking the playing, and not too many films do this as well as in Green Book. Very commendable. Everything else, excepting the lame script, is okay. Acting is okay, cinematography is okay, set design is okay. Okay then. If you like slightly lame but well-meaning feel-good stories, then this is the film for you. But I was bored.