Although Douglas had been on the Hollywood scene for a few years in the late 40s, it wasn’t until he did Ace in the Hole with Billy Wilder that he solidified his place as an A-Lister. Here, he personifies a character that is equally repulsive as he is watchable. The role of Chuck Tatum, a hostile and pugnacious ‘journalist’ who seeks his ambition out in a small mid-west town, is one that requires quite a bit of ambiguity. Douglas provides this brilliantly but he also establishes that tour-de-force personality to the screen that was later showcased in films like The Bad and the Beautiful, The Vikings and, of course, Spartacus.

Douglas ramps into the film by showing up at a small town newspaper office looking for a job, or perhaps more like forcing them into giving him one. He snaps and snarls throughout the film, always attempting to manipulate proceedings so that it goes his way. He is repulsive and sinister. A grade-A prick really. He even likes to ‘slap sense’ into women. Douglas does all this with that cheeky grin on his face and when he gets the crowd around at the end, he pulls no punches in his monologue. There is no denying that he has an incredible ability to captivate people’s attention.

The film in itself has a powerful but troubling central premise – a man’s life hangs on the actions of a sensationalist reporter who is willing to exploit the situation for his own gain i.e. climbing the corporate ladder. It is a cynical view of the bloodthirsty media and its willing viewers and it still continues to be as relevant as ever with the current world media maintaining a steady overdrive into hysterical and ignorant bliss in the first quarter of the 21st Century. Wilder in the 40s and 50s was no stranger to calling out the hypocrisy of society (The Lost Weekend) and, sometimes, the Hollywood establishment too (Sunset Bld.). In Ace in the Hole, he utilises the flawed character of Tatum to reflect upon the idea of ‘tragedy as spectacle’ and presents the whole sorry mess as an allegory for human immorality. It’s a decent film! 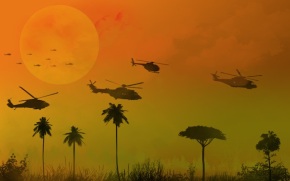