Una Mujer Fantástica or A Fantastic Woman is a Chilean film set in Santiago. It had a staggered release in 2017 and opened in Australia in 2018. It might be described as an LGBT movie, but I think it is better understood as human drama in coping with grief and loss, while dealing with an unsympathetic world. 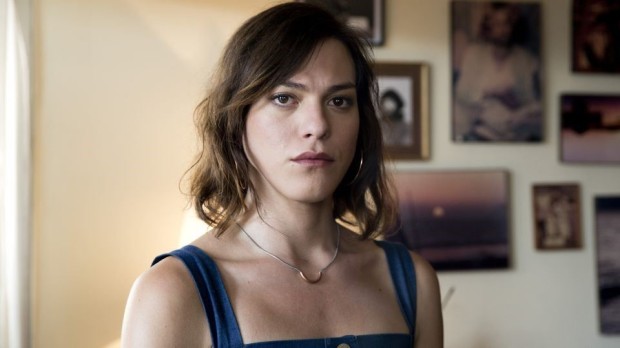 Transgender woman Marina (Daniela Vegas) is in love with the much older Orlando (Francisco Reyes). One night, Orlando wakes feeling terribly ill. As Marina scrambles to get dressed and find the car keys, Orlando falls down a flight of stairs. She gets him to the hospital, but he dies of a brain aneurysm shortly after. The medical staff are concerned about the bruises and abrasions he has. As Marina struggles to digest her sudden loss, the police become suspicious. To make matters worse, Orlando’s family seek to take over his apartment – where Marina is living – take his car and organise a funeral without Marina present, so as not to upset Orlando’s younger children. The family can barely hide their distaste of her. The film follows Marinas’ trials and the discrimination she must endure in her time of grief.

The main character Marina is played by the transgender actor Daniela Vegas, and while her performance is stoic, I couldn’t help but feel that the director went in for set-pieces to elicit empathy. So, while the film is sympathetic, it is not sensitive. Some scenes seem a little contrived, and there are some surreal scenes cut in now and then to give a kind of dream-like fantasy feel as relief from the rather sombre tones of the narrative. And I’m not entirely sure they work. The last 30 minutes of the film seems to be heading for some climatic revelation, but it hovers and then fades.

This film has already won multiple awards and accolades in many countries and at many film festivals, and is bound to gain more this year. It is an important film, and not a bad film on the whole, and it is certainly deserving of attention and respect. But I can’t help feel the praise is a touch over the top. The narrative has a residue of the crucifixion, where an all good, angel-like figure is subjected to torments and injustice by the cruel and the ignorant. Marina takes singing lessons, and guess what? She sings like an operatic angel. The film starts with her singing and ends in a public operatic performance. This just plain annoyed me. Cliché heaven. It annoys me because this is an important subject, but most victims of discrimination are not all beautiful, faultless, self-sacrificing – nor should they be – and then on top of that able to sing like angels. And I wonder whether some reviewers – most of them – are being patronising. But maybe it is simply that there is a strong desire to balance the arts with greater diversity of subject matter and representation. I hope so. Whatever…it has a few faults, but it’s a decent film tackling the topic of inclusiveness.

Aquarius is a Brazilian film that earned universal praise and acclaim for its story of resistance as well its assertive direction and outstanding acting. The director Filho has had form in creating films that serve as a slap in the face of corrupted power in his home country. And with Aquarius in 2016 he made sure that in bringing it to the rest of the world, he would also raise awareness about the current political situation in Brazil where the standing president Dilma Rousseff was impeached and subsequently ousted in what Filho and many others describe as an affront against democracy. The showing of Aquarius at the Cannes Film Festival in 2016 seen Filho and some of the actors stage protests against the impeachment, which in turn was followed by calls in Brazilian political circles for the film to be boycotted. Nothing like some good, healthy controversy to promote a film then!!

Leaving the politics aside, the film itself is absolutely deserving of its praise. Sonia Braga, a seasoned actress who is no stranger to world audiences having appeared in the Oscar winner Kiss of the Spider Woman in 1985, plays a cancer-surviving, music-loving, glamorous 60-something matriarch who lives as the sole resident in a small apartment block, known as ‘Aquarius’ in the city of Recife, Pernambuco. Everyone else who lived in the building has left because they have been paid off by the proprietor, who has sold out to a company run by his handsome US-educated grandson to make way for a larger, more modern building. Needless to say, the woman, who is respectfully referred to as ‘Dona Clara’ throughout, states that ‘they can all get fucked’ (or something to that effect). What ensues is the increasingly menacing attempts by the developer to force her out, and the defiant stance she herself takes in dealing with them.

Even as the film has this very engaging plot, there is so much more to admire. Braga emanates a spell-binding and bittersweet presence as Dona Clara – she appears elegant, rational and full of vitality but at times you cannot escape a sense of arrogance, privilege and maddening stubbornness too. Her character is fully formed when we meet her: it does not take long to understand that she has had a mastectomy and that her husband has long passed away. She comes from a wealthy family and has a housekeeper to look after her place. She adores her children and her grandchildren, and has them around all the time for gatherings involving music – her love of Queen and old vinyl records keeps her straight in her more lonesome moments. The thing is though, that despite being a widower and someone who lives in an apartment block on her own, loneliness is not a major challenge to Clara. She has her memories, she goes out to dances, she meets up with her brother and her friends, and goes for swims in the ocean where she has regular catch-up chats with the lifeguard. She also satisfies her sexual needs by hiring a male escort. We get the impression that, having beaten cancer, she is prepared to fight on through any challenge – even the ominous feeling she gets when witnessing an exhumation at the nearby cemetery doesn’t keep her in the doldrums for too long. The great thing about Aquarius is that it has resistance written all over it – age does not matter! 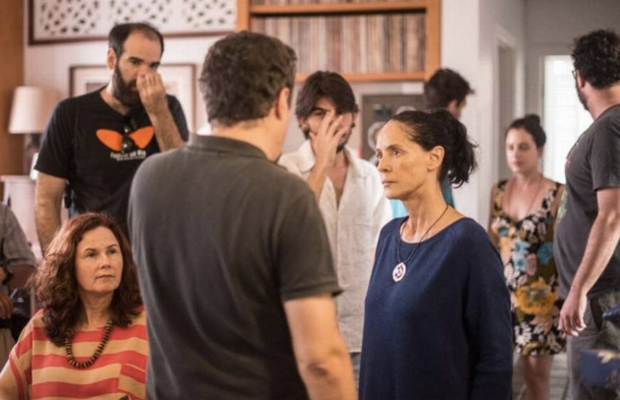 But the direction must be praised too. Filho masterfully lets his camera do the work. Lifting up from the ground where it is observing kittens, it slowly reveals a scene where the humans above are having serious familial arguments. Another scene focuses out of a window where a man is taking photographs, but then it re-focuses on the inside where someone sleeps and is oblivious to what is happening outside. There is also a formidable sense of Michael Haneke-style dread that lingers throughout. From burning mattresses in the courtyard to renting out neighbouring apartments for orgies, you really have no idea what the developers will do next to force Clara out. But this all lends to the main point – Dona Clara, a defiant and respected woman, will not be moved.

Aquarius actually lost out to I. Daniel Blake for the 2016 Palme d’Or – this being a similar film that offers up a story of social resistance. Even though both films are about corrupted power and the effects it can have on ordinary people, I think the story of Dona Clara is slightly more trivial than Daniel Blake’s. Having no real family, he was pushed into poverty and hopelessness by the machine without mercy, but Dona Clara, you imagine, is not facing a similar tragedy because she is better equipped with both human and money support. I guess this is the difference. Whereas Ken Loach – a man in his 80s who has consistently witnessed the fall of humanity in a wealthy country (the UK) – offers the viewer an understandably pessimistic outlook, Kleber Filho – a 50 year old former journalist from Brazil, who has no doubt witnessed waves of abject poverty – offers a more defiant cry for hope. And I think this is worth buying into. 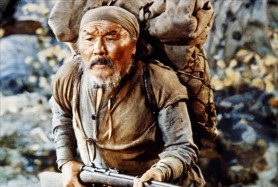