Red Sparrow is a Russian spy thriller that tells the story of manipulation, power, survival and betrayal. The main character Dominika Egorova (Jennifer Lawrence) is a Russian ballerina who supports her ailing mother (played by Joely Richardson). Dominika suffers a career-ending injury, and after being faced with no longer being able to support her mother, she is manipulated by her uncle Ivan into working for Russian intelligence. Dominika is then further betrayed by her uncle and is forced to become a Russian operative known as a ‘Sparrow’ – basically a ‘femme fatale’.

The movie tells a complicated story of betrayal, deceit and manipulation but the powerful performances of Jennifer Lawrence and Joel Edgerton make the complicated story worth watching. The use of sex and violence in this movie is intense and Dominika clearly uses her body to manipulate her targets but she too is vulnerable. It is definitely worth a watch as an action-packed thriller with great performances. The story-line can be somewhat confusing and overly complicated at times but in the end, it is worth a watch. However, be prepared for a lot of sexual violence.

I, Tonya, you may well have heard, is the biopic of figure skater Tonya Harding. It was ‘hot goss’ during the recent film awards season and Allison Janney, who plays Tonya’s mother, picked up the Oscar for Best Supporting Actress. The film has been majorly successful since its release in December 2017, but I have to say this perplexes me.

Now, the film is not an entire bag of shit. It has just been wildly overrated in every department – the acting, the direction, the choice of music, the ‘mockumentary’-style structure etc. In my opinion, I, Tonya is average at best, and desperately inappropriate at worst. I could have been more engrossed by this intriguing story, if let’s say it was an hour-long documentary about Harding’s life (the glimpse of actual interviews at the end of the film was the best part I thought), but a two hour Oscar-bait movie attempting to look at her domestic abuse-filled life through a series of quirk-tinted misadventure vignettes makes viewing very difficult indeed. It is a very messy and unfunny film, and crosses the line into insincerity many times. Granted, there are strong but not ground-breaking performances from Janney and Robbie (the rest are just trying too hard to embody real-life characters they have studied from interviews) and the focus around the attack on Harding’s skating rival which caused a scandal in 1994 is effectively gripping for a time but overall, I was left feeling cold (ice-skating pun intended). 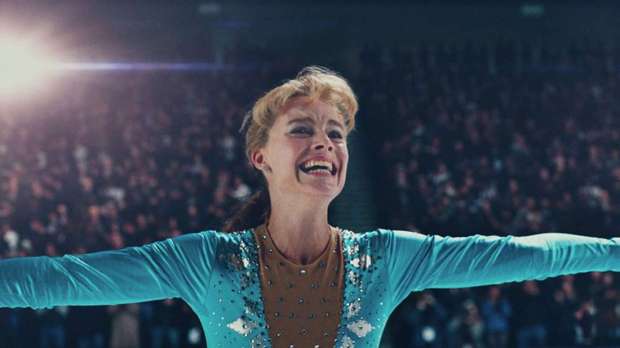 The soundtrack specifically got on my nerves. It was irritatingly upbeat. The songs had no time continuity and were often completely unrelated to the material. Sure, it is a good playlist to have going at a party (Straits’ ‘Romeo and Juliet’ and Mac’s ‘The Chain’ are vintage), but what was the point to it? When Harding is thrown against the wall by her husband for the umpteenth time and a song by Supertramp (already effectively used in Magnolia, thanks very much) or the Violent Femmes starts playing, you really have to wonder what the makers of this film were trying to effect. Scorsese can do that type of thing properly because he directs violent films specifically about violence. In a biopic about a talented woman who has been abused all her life, it just doesn’t work.

Harding and all those around her are generally portrayed as awful – the world she inhabits is also pretty awful. In fairness to Robbie, she tries hard to reclaim some humanity out of the protagonist and manages to illicit sympathy here and there (well, of course, when she is constantly getting beat up by her husband and abused by her mother). However, the brazen attitude of the filmmakers to turn around at the end and make the audience feel guilty for all her life’s woes is beyond mind-blowing. Maybe Craig Gillespie needs to stick at making movies about blow-up dolls (Lars and the Real Girl). 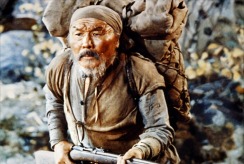 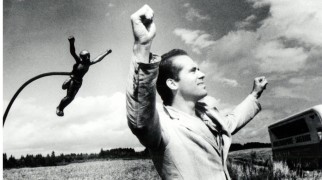