Bohemian Rhapsody is a very credible biopic of Freddie Mercury and the rock band Queen – from simple beginnings to global popularity. I don’t feel the need to explain the plot because audiences already know the general outline before entering the cinema. What’s new can be left until you get to the cinema. And as you might expect, music features heavily in the film.

I broke a rule when writing this review. I don’t normally read other reviews until after doing my own. This time I did read several reviews; a mixed bunch of trite nonsense, and fair but predictable coffee-table write-ups. It seems that most reviewers wanted a critical exposé of Mercury’s sordid life, not some celebration of it!! People shouldn’t come out of the cinema feeling good; no, they should have been smashed in the face with everything that was wrong with his life. And to top it off, how dare they feature his confidante and love of his life – wife Mary (Boynton) – a woman! He was Gay wasn’t he? What’s all this stuff about him loving a woman? It’s not as if the film ignores his sexuality – it is front and centre throughout the whole film and it is done without gloss or without shame. Yes, reviewers can be shitheads, but not here at Momentary Cinema. Anyhow, despite the lame reviews the film is proving very popular, and at the cinema where I saw it the audience actually clapped at the end. I teared up, and I tapped my feet and I felt good at the end of it. I was with a person (a woman!) who teared up, tapped her feet and clapped at the end too. And that’s what the reviewers couldn’t see – an imperfect man who was truly magnetic on stage and brought joy to people. He made them feel part of something worthwhile. And that’s what this film does. It’s imperfect for sure, but something shines through – the music. It is captivating and connecting. And this film reconstructs studio and live performances very well indeed. The sound quality is superb and the editing and dubbing is expertly executed.

So what exactly were the imperfect elements? The script is a bit weak. Freddie gets a phone call, is silent and then announces to his Queen bandmates that they just got a contract to tour USA! Flash-cuts of sell-out live shows. Okay, no Shakespeare wrote this film script. And while all the performances are okay – and Rami Malek as Freddie Mercury is excellent, his ‘family’ of fellow Queen members Brian May (Lee), Roger Taylor (Hardy) and John Deacon (Mazzello) are all a little…well, easily impressed and awe-inspired by the charisma of Mercury. There’s a little jesting and some arguments between them, but the tension never lasts more than a few brief moments. But then, this isn’t an exposé of the hidden lives of rock stars where we all go away feeling sad and mildly shocked. It’s a celebration of Freddie, of Queen and their music; and it is perhaps a celebration of their fans too.

I think what I liked about the film, apart from the music which is excellent, is that Malek portrays a man (Mercury) with complete drive and commitment to entertain, to fulfil his life’s calling. Malek, despite being significantly shorter in stature to Mercury, pulls off a great performance, ending with an exhilarating 20 minute live set at the 1985 Live Aid concert at Wembley Stadium. 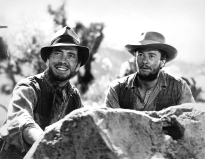