Kenneth Branagh’s new biopic drama is staged in the latter part of William Shakespeare’s life, when he returns to his home and family in Stratford-Upon-Avon and into the turmoil of family secrets, public shame and intense grief at the loss of his son Hamnet. All Is True comes from the alternative title for the play Henry VIII (incidentally, this was written with his fellow Globe actor/writer John Fletcher). The film starts in 1613 as the Globe Theatre burns to the ground (a cannon misfired!), and Shakespeare thereafter retires from writing. The story was written by Ben Elton, who delivers a sensitive and intelligent script based, with some creative licence, on the few personal events we know about William Shakespeare’s life. It is a sensitive portrayal of Shakespeare and his family but it does have a sombre beat. 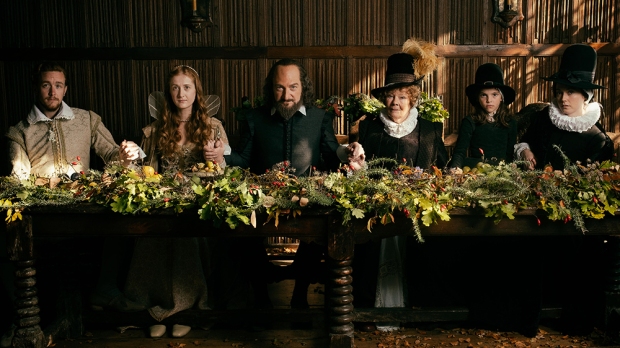 It is actually remarkable that for someone as famous as Shakespeare, the general public know so little about his personal life. Although much of it is fragmentary, we do know for certain (those of us who believe Shakespeare is in fact the author of Shakespeare’s plays and sonnets) that after the death of his son Hamnet (his ghost/memory played by Sam Ellis in the film), Shakespeare ups the reflective monologues in his plays, pondering life, death and circumstance. There is little doubt that it affected him deeply, and it is so pleasing to finally see a film that puts some focus on ‘Shakespeare the man’, and the grief he drew on to write in the way he did. But the film also touches on his daughters’ shame in public scandals; highlighting the stricter moral codes that were placed upon women in the 17th Century. And in another sensitive area, there is a truly beautiful scene between Shakespeare (Branagh) and the Earl of Southampton (McKellen), expanding on Shakespeare’s implied bisexuality, and his adoration and love for Southampton. And finally, the relationship between Shakespeare and his older but illiterate wife Anne Hathaway (Dench). Although mostly imagined, it provides another balanced act of unlikely, interwoven personalities and this makes for an interesting cinematic experience.

The technical craft (lighting, editing, set design, photography, sound and so on) are all good. Some wide landscape shots have a Constable-esque feel to them – beautiful and rustic countryside. But the standout features in the film are 1) the excellent cast of actors – Branagh, Dench and McKellen are all superb; and 2) the script – emotionally raw without ever pandering to sentimentality, and it is conversationally nuanced. Branagh has previously made five film adaptations of Shakespeare plays; and Dench and McKellen are Shakespeare regulars on stage and screen. Despite a slightly slow beginning and the somewhat downbeat tone of the narrative, I liked the rawness of it, and the power with which emotionally etched dialogue was delivered so convincingly. And I liked that it was a film about a man and his family. A genius for sure but still a man.

The genre of true crime has really carved out its place in this world. Insensitive to victims and families as it may be, the consumption of true crime is no doubt a gripping pastime for the public as it prompts us to sleuth and speculate over unsolved or unresolved parts of historic or ongoing cases. The focus on sensational aspects of true crime such as horrific and unfathomable human cruelty and degradation can be very off-putting for many and rightly so, but just as it turns the rock over to the darker side of human nature, sometimes the analysis that stems from this can lead to resolution of cases and reconciliation with our own flaws and insecurities. Documentaries such as West of Memphis, Making a Murderer and The Act of Killing or podcasts such as The Teacher’s Pet, The Doorstep Murder, In the Dark and Serial have unflinchingly looked at murder cases, not as law enforcement, but as a matter of public record, and have not only offered reasonable doubt for convictions or botched investigations, but have also held a mirror up to our own twisted humanity. Indeed this is fascinating, but to me it is more about understanding why these dark places exist.

And this is where we start with Extremely Wicked, Shockingly Evil and Vile, a feature film by veteran documentarian Joe Berlinger based on the memoir penned by Elizabeth Kendall, who was a girlfriend to the notorious US serial killer, Ted Bundy. If you don’t know who Ted Bundy was, and I wouldn’t blame you if you don’t want to know, then perhaps this is not the film for you. Among other things, he kidnapped, raped and murdered numerous young women, mainly hitchhikers or college students, throughout the US in the 1960s and 1970s, and was put to death in the electric chair in 1986 after he was convicted of several of those murders. He had evaded law enforcement and conviction for years and even after being arrested (sometimes escaping from courts and prisons) and with the evidence stacking up against him, he vehemently protested his innocence until eventually admitting to a number of crimes whilst on death row in the 1980s. His trial in Florida in 1979 was the first to be publically televised in the US, and it is notorious for sensationalising the murders and presenting Bundy to a mass audience, many of whom became sympathisers and many of whom, startlingly, were young women attracted by the accused’s ‘rugged handsomeness’. Although the film centres somewhat on Bundy’s relationship with his girlfriend, who was apparently oblivious to his crimes and deeply in love with him during the time of his killing spree, it also covers the Florida trial in detail in the second half of the film.

The whole reality of the trial, and the fact that it was televised is very disturbing, and the film captures that very well. But it is hard to comprehend what Berlinger was actually trying to achieve here, particularly as his primary focus was meant to be on Kendall’s realisation that she was in love with a serial killer. The re-creation of the farcical courtroom scenes, with brilliant contributions by John Malkovich as the judge and Jim Parsons as the prosecuting council is very commendable, but it completely takes over the film, and the real heft of Kendall’s situation – the toll of guilt and doubt that has consumed her life – is sidelined. Her story is somewhat reconciled in the end, but for a long period, the sensationalism that surrounded Bundy, his girl fans and his infamous conjugal visits and marriage proposal to Carole Ann Boone is gleefully lapped up by the director.

In that, I think the film gets caught between what it wants to be. Berlinger does take an innovative and unexpected angle by drawing on Bundy’s close relationship with Kendall, his personal background and his time in the presence of law enforcement and the public – many films have been made specifically about Bundy’s gruesome murders in the past but here they are only alluded to. Marc Meyers done the same with Jeffrey Dahmer by focusing on his teen years in his film My Friend Dahmer from 2017. But whereas Meyers’ film was in complete control of its presentation, Berlinger’s approach to the notion of who Ted Bundy was is muddled. Too often it gets drawn into vagueness and ambiguity. And while it is not all over the place, it is hard to grapple with at times, and Lily Collins, who plays Kendall, is never given a chance to expand on her character. But Efron is impressive, probably giving his career-best performance so far, as he embodies a true monster. It is watchable and surprisingly digestible for a serial killer film. 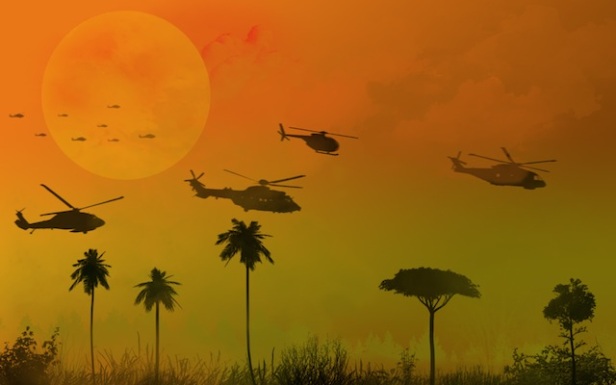