The cinematic form took on a new and exciting shape for Hollywood in the 1970s. This blog has made reference to it many times. Like the French New Wave, New American film-making borrowed from other times and places too. Home-grown directors took the reins, but sometimes their selected crew were internationally renowned and experienced. Together, they formed films that were fresh, independent and explored the landscapes beyond the studio doors. Landscapes being the key here. Whereas the likes of Coppola, Scorsese and Spielberg are the heavyweights often championed from this time, a more subtle hero is deserving of affirmation in reference to new ways of visualising landscapes: Terrence Malick.

Days of Heaven (1978) was Malick’s second film. He did not make another for 20 years (The Thin Red Line). His previous film was Badlands (1973), which starred Martin Sheen and Sissy Spacek as fugitive murderers and lovers in a 1950s American Mid-West paradise. Days of Heaven followed a similar pattern with Richard Gere and Brooke Adams playing lovers on the run in the 1910s, taking refuge on a wealthy farmer’s estate in the wheatfields of Texas. Badlands and Days of Heaven earned Malick global status for bestowing upon audiences a transcending experience unlike anything ever encountered before. The magnificent aesthetic of these two films are still, in my opinion, unsurpassed in any time period of Hollywood film-making. Badlands established Malick’s platform, while Days of Heaven allowed him to jump and dance upon it.

Not completely unlike his 1970s contemporaries Bob Rafelson (Five Easy Pieces) and Robert Altman (McCabe and Mrs Miller and Thieves Like Us), Malick has a ruminative mind with an eye on the visuals. But unlike these directors, he does not dwell on the complexity or absurdity of character for too long. He favours the phenomenological approach. His visuals are a deliberate detachment, and by juxtaposition, an enhancement of what the characters are feeling and thinking. Malick has come in for plenty of criticism for his alleged weak narratives and shallow character interactions (Days of Heaven has taken its fair share over the years). But this is completely unwarranted. His eye is always focused on the landscape in which characters are enveloped. In Days of Heaven, this landscape is a character of itself. It speaks and interacts with the human subjects of the story. It moves from background to foreground, and evokes emotion in the characters as well as the audience. It is a powerful tool in film-making, and in Days of Heaven, Malick ensured his crew, not least his cinematographer Néstor Almendros, used it to maximum effect.

Almendros was an artist of deep integrity. Described as a cinematographer of absolute truth, he was a filmmaker’s favourite. He worked in Cuba and made documentaries about the Castro regime before moving to France and becoming the go-to cameraman for Éric Rohmer and François Truffaut. He became a master of light, particularly for black and white films. Days of Heaven won him the Oscar for cinematography and hence established him in Hollywood (Goin’ South, Kramer vs Kramer, Sophie’s Choice). He had admired Malick’s work on Badlands, and once the two men had become acquainted, it became obvious to Almendros that Malick had a sound knowledge of photography and outdoor lighting. Upon commencement of filming Days of Heaven, they both agreed that the film would not be shot with any lighting aids. This is all the more extraordinary given the final, high quality product. The visuals in the film are stunning. As you can see, the stills captured in the photographs shown here are drenched with rich vistas and colours. The imagery is symmetrical, precise and vivid like paintings.

The film truly was the work of geniuses.

Shooting of the film in 1976 ran over-schedule, mainly due to Malick’s pondering and perfectionism. Almendros could not commit to Malick’s ever-changing schedule, as he was due to return to France and shoot a Truffaut film (The Man Who Loved Women). So in fact, he was not there for the end of shooting, nor was he there for the gargantuan two year post-production. Instead, another quality cinematographer, Haskell Wexler (Who’s Afraid of Virginia Woolf?, In the Heat of the Night) was asked to take over. Wexler consequently shot the majority of the resulting film, and he would later come to terms that Almendros deserved the Oscar and not him, because he was using the blueprints that was put in front of him. Almendros’ vision was closely aligned with Malick’s, and it was this that persists throughout the film. You never get the feeling that two different people photographed the film. In credit to Wexler, he nurtured Almendros’ vision.

Of interest is that Almendros had poor eyesight and he needed the crew to show him Polaroids of the scenes before proceeding. Nevertheless, Malick was staunch in his attempt to make a visual film and worked closely with both Almendros and Wexler to achieve this. The so-called ‘magic hour’ was utilised quite often – this is that 25 minutes of evening light when the sun is setting or has just set. The soft light allows for a beautiful hue of orange-y colour of the sky with darkened silhouettes and shadows for people. It is astonishing, once again, to note that this was all done with natural light. Incidentally, Almendros stated that light in North America is more violent in comparison to the light he shot in France. Here, there are more clouds and a blue-coloured sky is often eliminated. But in America, he needed to adjust camera angles and shoot in the afternoon to expose the white light of the sun and give it shade.

The setting for most of the film is the windy Texan Panhandle (in the northern part of the state) – a massive open landscape defined by grain farming and amazing scenery. However, Malick decided to head to Alberta, Canada to shoot the film, and the scenery there is by no means less amazing than north Texas. What is envisioned is a pastoral evocation of the great American prairies, and this is what we get. Ironically, Almendros stated that the imagery is inspired by a range of early 20th century European art. But that doesn’t take away from the American authenticity at hand. The focus of the film is on a large farm estate, defined by a timber mansion at the centre of a vast, flat wheat field. Art designer Jack Fisk created the mansion from scratch – made from plywood with interior design that was inch-perfect in line with period houses from the 1910s. Even the costume designs by Patricia Norris used actual fabric from the period. The look and feel of the film is spell-binding, and this is complimented by a sublime, evocative soundtrack by Ennio Morricone.

One can argue that the story of Days of Heaven is told through the characters, but not exactly through what they say or do. Bill (Gere) flees his job in Chicago after accidentally killing his superior, and along with his girlfriend Abby (Adams) and his teenage sister (Linda Manz), they find work on a farm owned by a rich, young man who soon becomes ill (Sam Shepard). Bill and Abby claim to be siblings in order to prevent suspicion, but the farmer falls in love with Abby, and Bill encourages her to marry him so that they can take the estate when he dies. The sister narrates the story in sporadic, enigmatic bouts, while the dialogue is sparse and deliberately dinned. While Malick struggled to shape the film during post-production, his eureka moment came when he decided to get Manz to provide narration. Her words are seemingly loaded with symbolic meanings, but they are fleeting and so hard to grasp. On the other hand, the images that make up the scenes tell the story better than what we actually hear from the characters. Whereas Gere, Adams and Shepard are notably brilliant in their acting, their actions are thoroughly enhanced by the landscape that surrounds them.

The story is accessible, and it is relatively easy to follow. It has love, hate and jealousy. It is warm and accommodating but it can be cold and detached. There is hope and affirmation, just as there is misfortune and tragedy. The world in which the characters inhabit is just as meaningful as their own story in it. This world is something we have to interpret and work out, just as much as we try to understand the actions of the characters. Everything appears to be in motion. There are a wide range of natural elements that make up this world, not just the human figures who are constantly trying to establish themselves in the centre. Fires rage, locusts descend, and snow smothers, all in biblical proportions. All the while, humans ponder in the shadows, moving in and out of shot.

As someone has pointed out, Malick is a true poet of the ephemeral – things that come and go. He makes an art of it. His aim is to encourage a variety of sights and sounds for the viewer. Days of Heaven may be as close to a perfect conjuring of what heaven on earth may look like in a film as one has acheived. It is a work of true cinematic brilliance. 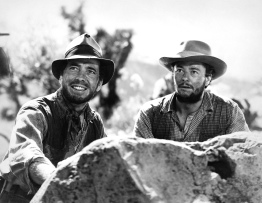 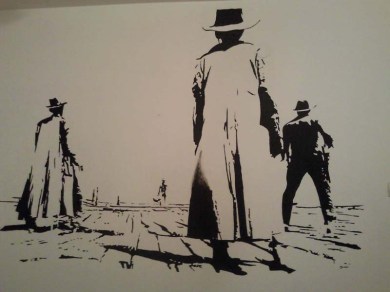