A love of film never ceases, but an enthusiasm to write about film sometimes wanes. I had intended to write more about the films I watched last year but alas, time got the better of me. And it’s not as if there wasn’t enough madness to deal with in the world last year. It was hard to keep up with living, let alone writing a blog. I did seek solace from those darker moments by watching as many films as I could. 260 films in fact (yes, I keep count!), old and new.

To the old first: I reveled in the ‘old-fashioned’ Errol Flynn swashbuckler, The Adventures of Robin Hood (1938). I marveled at the daring Jacques Tourner film about fear and race in I Walked With a Zombie (1943). I was mesmerised by Giulietta Masina’s jubilant yet sombre portrayal of a sex worker in Fellini’s Nights of Cabiria (1957). I noted the prophetic vision of ‘Reality TV’ awfulness in Albert Brooks’ hilarious Real Life (1979). Theo Angelopoulos continues to amaze me as I work my way through his many masterful films, the latest being Landscape in the Mist (1988). Surprisingly, I found Madonna entirely compelling in the behind-the-scenes documentary, Madonna, Truth or Dare (1991). And finally, I was totally enamored by James Benning’s documentary that recounted the history of Mormonism in Utah to a backdrop of minimalist, still landscape images in Deseret (1995).

All these films had an effect on the way I view things. But that is not to say that recent releases have not had similar artistic power. 2021 has been a decent year for film, despite the mammoth struggles that face the industry in the Covid-world. The streaming options for viewers continue to drive the market, and in that, there is a further dilution of entertainment-schlock into the artistic thrust of film-making. Finding the quality amidst endless content of dross was a job in itself, but as always the cream comes to the top if you know what you are looking for.

The recent ridiculous Don’t Look Up debacle raised some interesting points about film and politics, or should I say politics and climate activism (a similar thing happened previously with Al Gore’s An Inconvenient Truth). Legitimately, the film satirised right-wing Western media’s approach to news with their political agenda. However, some people seemed intent on going out of their way to make you feel ‘part of the problem’ if you didn’t like the film, because, you know, you don’t understand it’s metaphor about climate change and Covid denial. Whatever floats your boat! I thought the film was okay. I appreciated it’s message, but it was a tad condescending. And from a film point of view, it had many flaws and could have been better. But indeed, Cate Blanchett and Meryl Streep were outstanding.

There are many highly regarded films from last year that I have not yet seen, but here are seven that I have seen and I would strongly recommend:

With the exception of Better Call Saul, I haven’t seen Bob Odenkirk take the lead in too many things but wherever he does appear, he is brilliant. The role he plays in Nobody, essentially an alt-action hero, is not exactly what you would be expecting from a comedian actor, but he delivers with aplomb. It is an extremely violent film, but the action is excellently choreographed in a realistic, gritty way and with Odenkirk at the helm, solid comedic timing and humour feature prominently.

Dark humour is to the fore in this alternative, mad-cap and audacious film about an unlikely romantic pairing. It feels styled as a cross between Napoleon Dynamite and Goodfellas, and there are fantastic, relevant moments mixed in with some deeply repulsive moments, and this is why it works so well. It is in complete control of its own destiny and it never apologises for its characters’ many flaws. I loved it. Released in 2020, but not widely released, this is an utter gem of American indie cinema.

Looking uncannily like the grotesque Steve Bannon, much was made of Nicolas Cage’s performance in Pig – some of it justified, some of it completely over-the-top. Don’t get me wrong, he’s great here, but he doesn’t carry the film as some people have suggested. It is his character’s relationship with a truffle hunting pig that centres the film. The quest for his missing swine companion through the darkened corners of the ‘hipster Mecca’ Portland, Oregon makes for a very intriguing and touching film. Sarnoski’s screenplay and direction are pitch-perfect.

The Power of the Dog (Jane Campion)

What a magnificent film. Just when you think mainstream films no longer gives us deep themes about humanity anymore, Jane Campion returns to our screens with a masterpiece of such endeavor. Another blogger that I am connected with (a beautiful blog it must be said) opined about the significance of the far-off hills in The Power of the Dog. What does Cumberbatch’s character see out there? Is it the key to the film? Well, it is and it isn’t. The subtlety of every action, every movement, every scene, every word spoken in the film is significant and worth mulling over. When a film envelops you into those deep thoughts, you know you are witnessing great art.

Reichardt’s astonishing work of simplicity and guile continues to soar before my eyes. With a central exploration of friendship and kindness in a harsh environment, Reichardt travels to the past and fills the screen with anti-stereotypes and natural light. Toby Jones steals the show with a supporting performance as a wealthy estate owner with a taste for quality baking. It is a marvelous film, which not unlike The Power of Dog, offers so much depth between words spoken and glances met.

It certainly gladdened my heart to recognise the rural Irish landscape in this, a brilliant, moody rendering of the anonymously-penned 14th-century Arthurian poem Sir Gawain and the Green Knight. While the setting is extraordinary throughout (vivid dark greens basking in low sun), Lowery incorporates an aesthetic that permeates through the story and its characters like an unmoving fog. The mystery that the original poem conjures up is excellently captured. Dev Patel and Alicia Vikander as the leads are totally committed to the premise, as are the supporting cast, particularly Ralph Ineson as the Green Knight (complete in impressive tree costume).

Another Round (Thomas Vinterberg)

In a final scene reminiscent of a scene in Claire Denis’s masterpiece about military masculinity, Beau Travail, the interminably awesome Mads Mikkelsen almost extends his dancing through the screen in perhaps one of the greatest fourth-wall-breaking moments of modern cinema. Well, I thought it was anyway! The film was released as Druk in Denmark, which translates as ‘binge drinking’ and this is its central theme. While it could have fallen into a trap of being a condescending morality treatise, it avoids that wonderfully by coalescing a number of other relevant themes such as fragile masculinity, marriage, education, patriotism and ageing. And even better is that the film is very funny and entertaining. 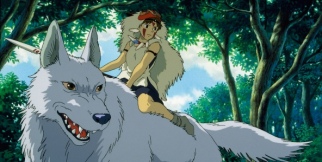 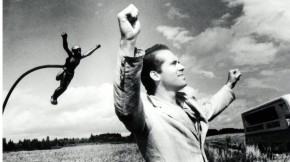