CODA is a coming-of-age drama with clear award-winning aspirations right from the start. The story has heart, heart-break, a love of music, a quest for hope and humanity, and a strong representation of often-over-looked aspects of society. CODA stands for ‘child of deaf adults’ (an identification term as well as the name of a worldwide not-for-profit organisation), and it describes the lead character, Ruby Rossi (portrayed by Emilia Jones). Ruby is a senior high school student with a penchant for music and a strong work ethic – she assists her family’s fishing exploits on the coast of Massachusetts before she goes to school every morning. Her father, mother and brother are all culturally deaf but she herself is not, and there is somewhat of a reliance on her to be their translator in their everyday business. Although seen as an outcast by her fellow students, Ruby becomes a hit with the new music teacher because of her stunning singing voice and thus, a difficult crossroads lays in wait for her.

There are a lot of stand-outs in this film, but primarily for me the lead performances and the direction by Heder are outstanding. The picturesque setting of Gloucester, Massachusetts is also a nice addition. Jones brings her character to life with fiery gusto that offers a balance between confident assuredness in standing up for her family and a human fragility in expressing her own true voice. Matlin and Kotsur as her parents are fantastic, and often hilarious in their insatiable horniness for one another. Derbez as Ruby’s music teacher with a heart-broken past and a reverberating passion for music is also magnificent every time he is on screen. Heder masterfully orchestrates the story into something inspirational, believable, feel-good and not overly-sentimental. The story is not truly hers, as it is adapted from a French film released only 7 years ago, but she does offer something very impactful and unique. Family is at the heart of her story, but I have never known of an uphill family battle like this before. It is encouraging to know that things are improving for people with disabilities, indeed with a long way to go and this is only one example from the US of course. But I really loved the way in which human communication and observance is portrayed in this film, and it offers much hope for viewers.

Sean Baker’s previous two films struck a chord with many (me included), mainly because of their unique observance of the underbelly of modern US culture and their cinéma vérité style filming technique. Tangerine observed the single night exploits of a transgender sex worker on the streets of Hollywood, while The Florida Project followed a six-year-old girl and her unemployed single mother living in a motel in the shadows of Walt Disney World. Both are fantastic, must-watch films. Baker has followed up with a film that tries to thread the same path, but doesn’t quite get there. The main character in Red Rocket is way more polarising than any of his previous main characters (although the pimp in Tangerine was pretty hideous too). The first scene opens with a close-up of a man’s face leaning up against a bus window as the sun shines in. This is Mickey ‘Saber’, a former pornographic actor who is returning to his hometown of Texas City, near Galveston. It becomes clear that he is homeless and out to scrounge some money to get back to LA, but we are never really clear on his intentions because he is generally directionless, a desperate leech and a serial opportunist and, as we find later, he is also a sexual predator.

The last descriptor that I provide of ‘Saber’ above is what gives the film its most problems. He provides a lot of charm to proceedings, but as a viewer you are never really given any relief from him because he is basically on the screen for the whole 128 minutes running time, and his flawed character can be suffocating and deeply uncomfortable. I understand that Baker wants to confront us with someone who epitomises an aspect of US society that is real and is there in the undergrowth no matter what your ideals or morality may object to. But I did feel that the film crosses a line that it is unable to come back from. Without giving too much away, ‘Saber’ is a washed-up 40-something guy who seeks a reconciliation with his estranged wife, by moving in with her and her mother in their run-down home on the outskirts of an oil refinery. After meddling in drug-dealing to help pay the rent, his attentions quickly turn to an 18 year-old girl working at a near-by donut shop, whom he believes has potential to become a pornstar.

For all its flaws, you have to admire the boldness and tongue-in-cheek humour of Baker’s film and the insistence that all of this is a real, and indeed problematic, part of modern American culture. I understand that he is communicating many pertinent underlying messages such as: the world porn industry is out of control; a deranged political leader in Donald Trump has managed to connect with a great many across the US; and sexual deviance is everywhere now, even in minors. But the heft of the story is lost half way through and I am not really sure why it ended the way it did or what we are meant to feel for the clearly pedophilic relationship between ‘Saber’ and his 18 year-old muse. Everything about that aspect of the film leaves a hugely bad taste in the mouth and with everything that’s come out and been talked about regarding sexual abuse across the Arts World over the past few years, Red Rocket unfortunately comes across as ill-advised and tone-deaf. For that, I cannot really recommend this one.

One thought on “The Two Reviews: CODA and Red Rocket” 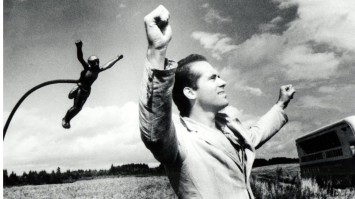 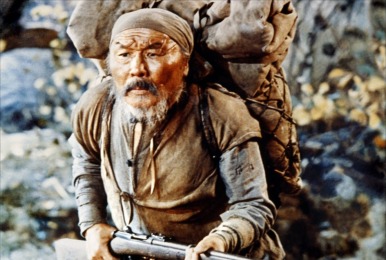