Michael Fassbender (born in Germany, raised in Kerry, Ireland, trained in England) is one of my favorite modern actors not only for his good looks and charm but because of the incredible diversity of his acting talent. Fassbender has played a range of roles in all sorts of genres ranging from comedy through to drama. In this three part series I will explore some of my favorite Fassbender movies that I believe showcase him best.

Alien: Covenant, directed by Ridley Scott in 2017, delivers two Fassbenders for the price of one, playing both Walter One, an android working on the UCSS Covenant, and David 8, another android who you may remember from the prequel Prometheus (2012, Ridley Scott). Whilst Scott again delivers amazing visuals and never-ending gore and alien-based horror, the movie itself does not live up to the same standards established by the original Alien and its sequel Aliens from the late 1970s and early 1980s. Fassbenders’ characters and the strength of his acting abilities, however, shine through and make this movie worth the watch. The rest of the Covenant crew are wooden by comparison and you find yourself counting down to the moment of their doom. Fassbender, and his characters of Walter and David, on the other hand keep you entertained enough to persist until the very end. 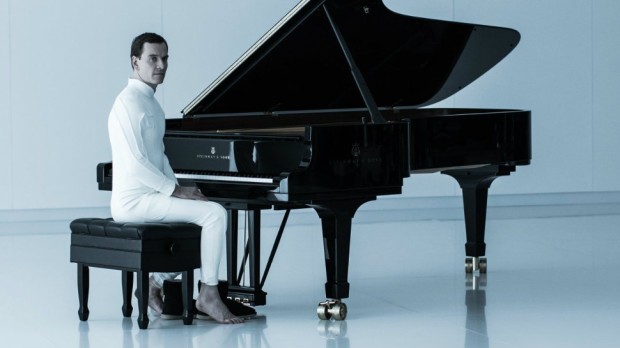 The interplay between the two characters of David and Walter, when they meet up, is enthralling. Fassbender brilliantly draws out the subtle nuances of both characters – between the cold-hearted David and the more empathetic Walter. The picture painted of David is one of a bizarre sadist who thinks that human kind is not worthy of existence. He plots to engineer a perfect species that will wipe out human kind. Fassbender’s portrayal here is very chilling and leaves me to think that this could likely be the fate of the human race if Artificial Intelligence and androids take control.

Alien: Covenant is worth the watch not only for the usual stunning visuals, soundtrack and distinct horror, but also for the fact that you get two Micheal Fassbenders for the price of one!

3 thoughts on “Michael Fassbender Special Part One: Alien: Covenant – Two Fassbenders for the Price of One”